Get fresh music recommendations delivered to your inbox every Friday.

from We Are Who We Are by Vixy & Tony 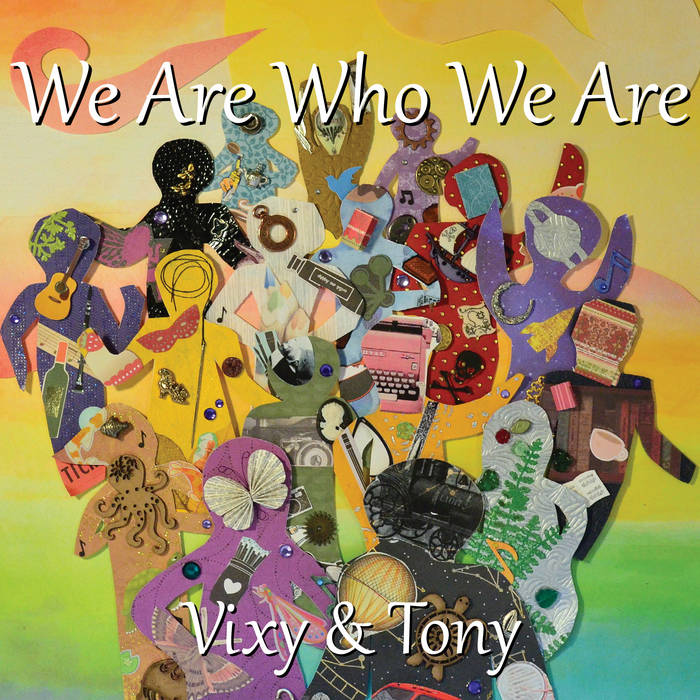 Click here for the Behind the Music for this song:
vixyandtony.com/lyrics_dawson.html#select=Behind

On patrol in sector seven, keeping watch on Barber's sun
They were jumped by three light cruisers though they were no match for one
As they came to general quarters and they sent out the alarm
Jayme must have known they'd finally bought the farm

No one living saw that battle though the fleet was quick to leave
But at the site they found a scene no sane man would believe
Three light cruisers cut to ribbons, wreckage scattered all around
But no trace of Dawson's Christian could be found

I was second mate on Hera's Dream, a freighter of the line
Running loads of precious metals to the colony on Nine
I was standing second watch of that most uneventful flight
When the pirate ships appeared out of the night

Well I thought our fate was settled, for they had us four to one
And you can't fight bloody pirates when your freighter has no gun
So we stood by to be boarded by a party yet unseen
When another ship appeared upon our screen

First I thought she was a pirate, but the vector was all wrong
Then I thought the fleet had found us, but the signal wasn't strong
And our hailing brought no answer, and I felt a sudden dread
For the stranger's shields were up and glowing red

Now the courage of that single ship is shown by very few
And I thought none but a madman would fly her as she flew
She was outgunned, she was outnumbered, but a cheer came from our lips
When she swung to fire on the pirate ships

Just as quickly as it started then the fighting was all done
For the pirate ships were shattered and the stranger's ship had won
She matched v and lay beside us, and we watched her full of awe
Then she dropped her shields and this is what we saw

There were thirty holes clear through her and a gash along one side
And we knew that when it happened, every soul on board had died
Then she rolled to show her markings, and we read them and we knew
The fate of Jayme Dawson and his crew
She was the Christian... and a grave for all her crew

Bandcamp Daily  your guide to the world of Bandcamp